DESERTIFICATION: 30 CENTIMETERS THAT CHANGE EVERYTHING.

Anna Luise has her blue eyes behind her glasses. It is Neapolitan, and despite living in Rome, when she warms up its rounded accent comes out. She is a desertification expert and works for ISPRA (link:www.isprambiente.gov.it).

I’m in front of her, I’m interviewing her, and doing so I find many things I did not know.

What do you do exactly?

I work to combat desertification. Which does not, as many believe, deserts, but fertile territories that lose their biological productivity and become inadequate to sustain life and to grow agricultural products.

What are the consequences?

A territory can have a religious value?

The typical case is that of Ayers Rock (link:www.onuitalia.com) in Australia. But even in African animist religions, many territories are considered sacred areas, and their destruction has dramatic effects on communities because of its decline in values. From us, many territories have great non-religious but socio-cultural significance: if they are destroyed, the impact can also be equally serious.

Study desertification, what is it for?

We need to understand how to maintain the balance of ecosystems. If this is compromised, the quality of life of all of us gets worse. Desertification is caused by two categories of phenomena: uncooperative soil management and climate change. Fighting desertification means promoting sustainable farming practices, preventing, for example, soil compaction or having too high salinity rates and helping to control wind and water erosion: the strength of the wind and water that drains The top fertile soil layer. 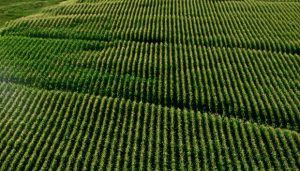 That is, is the too hard soil the problem?

Or too hard, or too fragile and not cohesive. The soil made fertile by microorganisms is profound on average thirty centimeters. If it becomes hard as cement or, on the contrary, it crumbles and becomes dust, when it rains, as long as it rains, it can not sufficiently bathe because the water, unresponsive, slips away. So the soil stops being productive.

So the survival of the human is due to a soil peel of the right texture and thirty inches deep?

The depth may vary, but the average is this. It’s pretty impressive. Soil has been called “the skin of our land": it is the place where biochemical exchanges allow crops to grow.

When did you start talking about desertification, and when to try to counter it?

Desertification is a slow phenomenon and we do not know well when it’s started. It was first mentioned during the 1972 Stockholm Conference, which launched the idea of sustainable development, that is, of balance between society, the economy and the environment. The first politically important decision was taken in Rio de Janeiro in 1992, with a United Nations Convention (UNCCD) (link:www.unccd.int), which came into force in 1996, strongly supported by African countries, especially in the Maghreb and Sub-Saharan areas, where desertification is a direct threat To survival. Italy joined in 1997. Today, 198 countries join. 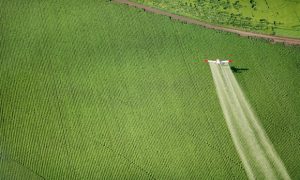 How do the risk of desertification involve all the world?

The fertile soil in the world is 75% of the land that has emerged. Of this 75%, at least 40% is degraded, even because it is polluted or contaminated, and is largely found in arid or semiarid areas: we are not, I repeat, speaking of deserts but of areas where water c It is but is poor.

Desertification is defined as the extreme level of soil degradation, and is, together with climate change and loss of biodiversity, one of the three major risk factors for breaking the ecosystem balance. And when such a complex equilibrium breaks, we do not know what the consequences may be: the variables are so many that, as it is said in physics, the system becomes chaotic and completely uncontrollable.

Is there a serious risk of desertification in Italy, or can we only worry about climate change?

Climate change exacerbates desertification because it raises temperatures and alters the water regime: keep in mind that the Mediterranean is considered a “hot spot", a point of particular intensity of climate change.
About 20% of our national territory has been recognized as being affected by desertification phenomena between 1961 and 2000 and another 20% is at risk of desertification over the next twenty to thirty years. In our southern regions, but also in areas of Emilia Romagna, Marche or Molise, the signs of desertification are already visually evident. And let’s not forget that organic carbon is preserved in the “healthy" soil.

Soil contains twice as much carbon as there is in the atmosphere, the triple of what we find in plants. Carbon is absorbed by the atmosphere, so-called SOC (Soil Organic Carbon) (link:www.eol.org) could mitigate climate change due to excess carbon dioxide emissions by sequestering it. But this is true if the soil is “healthy" and not overly exploited by intensive agriculture.

How can we solve the problem?

We have to do research, experimentation and environmental education. By activating local, regional and national policies: for example, rationalizing the use of water resources, or reforesting. Today we are heading in the direction of agroecology: agriculture that exerts less pressure on the soil using less fertilizer and passing, for example, from five to two consecutive wheat crops. Among other things, here in Italy we would have a thousand good reasons to move from a quantity of agriculture to quality agriculture.

What can a single citizen do to take care of desertification?

Let’s not forget that individual citizens directly lead the market, for example by buying seasonal produce and local products. Do not expect to eat peppers at Christmas is already something, as it avoids covering portions of greenhouses where too many fertilizers are used and The land is superstaken and damaged. And then you do not have to be tired of making divulging and raising awareness: that’s what we are doing right now.

Neu – Nuovo e Utile. Theories and Practices about Creativity. To increase the awareness about good quality information and tools, useful to think and design using an innovative way.

NeU – Nuovo e Utile is useful for professionals, teachers, students, researchers, and those who have a particular interest in the theories and practices of creativity.

You can read all news about NeU – Nuovo e Utile.
(link:www.nuovoeutile.it)

It is a project by Annamaria Testa
(link:www.annamariatesta.it)