Tipici.news >> ALIMENTATION >> Cheese, the diet of the future

Cheese, the diet of the future.

The cheese does not hurt so it’s recommended by scientists.

Much has been said about cheese as a food that, if consumed in excess, can make you fat. Then there is the issue of cholesterol, it is undeniable, though it is not always bad cholesterol. But there is the study of the University College Dublin, the result of which is interesting because it says that eating cheese makes us healthier.

Fantastic, the news is published on Nutrition and Diabetes, and the study explains the reasons for defecting cheese as a health food.

Research has led scientists to examine the impact of daily food on a complex of over 1,500 people aged between 18 and 90 years.

The foods used were milk, yogurt and of course cheese, but also other prepared milk-based foods and even butter. Despite the intake of saturated fat in greater quantities, for people who ate cheeses, cholesterol levels remained the same as that of cheese eating less or eating only milk and yogurt. 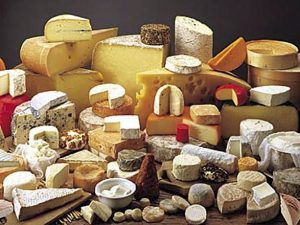 It has also been found that with the assumption of a lot of cheese there was a reduced percentage of body fat, a lower waist and lower blood pressure.

In short, eating cheese could really be the diet of the future?