Apulia between Sea, Nature and Sport..

Apulia gives its inhabitants and visitors a set of colors and ancient stories and legends that can be lived outdoor.

From the silvery of the green olive trees to the colors of the wheat fields that from the brown of the worked grounds in the autumn/winter pass to the golden yellow of the ears of wheat that are lulled by the wind of the summer, also got changing colors the vineyards, the oak forests and the pastures of the Murge’s hills. There are areas in the Apulian landscape that seem to have been designed by a producer to be photographed or filmed at different times during the year, cause there will always be something new. What does not change is the constant presence of stone, dry stone walls, trulli or stone houses that change their name and shape according to the area, the masserie and the more or less fortified cities.

It seems to be not much, but all this represent the nature of Apulia, and can be lived in so many ways. 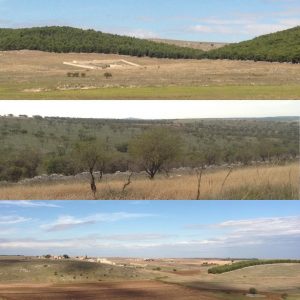 Puglia could be lived by Trekking, Cycling, Running, Rides, Walks … and not only. You will discover an exceptional heritage of karstic phenomena due to the erosive action of winds and water during the millennia that shaped the superficial layer of the territory of Puglia, where a mysterious Puglia is hidden, water (rain) that has fed and feeds nowadays the underground rivers, which, by melting limestone, has slowly shaped the soil, creating valleys, blades, graves, galleries and caves, stalactites and stalagmites, underground ponds. Unimaginable intrigue.

Apulia could be lived through its Sea … Blue, deep. And then green. And then azure. And then again blue. These are the colors that overlook the view of the Apulian sea from the coast, lying on a white beach or sitting on a rocky spur “with dangling legs on the sea and dangling eye on the sea.” 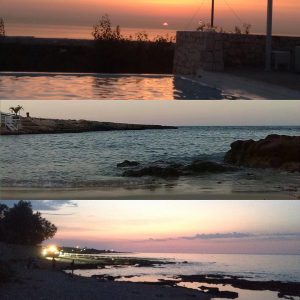 Puglia could be lived through its Landscape and Nature, with a huge biodiversity that is preserved and safeguarded by two National Parks, the National Park of Gargano and the National Park of the Alta Murgia, from three Marine Protected Areas in Porto Cesareo on the Ionian Sea, Torre Guaceto on the Adriatic and the Tremiti Islands and eight Parks and four Regional Reserves.

Apulia could be lived through its history. The geographical position has allowed in the past the crossing of a dense network of contacts with the East and the Mediterranean basin, welcoming those who came from the rest of Italy.. and into this dense and complex melting pot of cities climbed on hills or protected by walls more or less visible, on the sea and not, there are traces of remarkable history.

Puglia therefore gives its inhabitants and visitors a variety of colors and ancient stories and legends that can be lived outdoor. 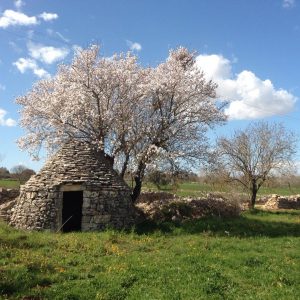 You can start from the coast a journey that will never miss the scents and a beautiful sky, wandering between the cultivated or rocky landscapes of the Apulia’s hinterland or between the white of the historic centers of the towns and villages of the sea or of a hinterland that between hills and plains will certainly not annoy!